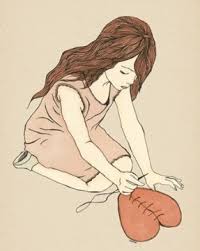 The urge to interrupt him was overwhelming. She was the one that had started the conversation after all and here he was in his usual spot of taking over and making the world about him. She hated that about him. She hated a lot about him. She was coming to understand that the day would soon come that she was going to have to leave him, and that filled her with equal measures of joy and sadness. That was scary. The joy.

“I told you this, didn’t I “he was saying, his eyes on her and not on her. He was in his world and she was nothing in it,” I told you that this would be the way that they would do it. These people,” In John’s world “these people” was everyone that didn’t always agree with him. She smiles inwardly at the fact that he was not at all bigoted, he was equally hateful to everyone.

John knew everything. He knew what would make the world better, which leaders were corrupt (all of them), which companies were scammers, and he had to tell her. She realized that she was his only friend because he was insufferable. She thought of the times when they were first together, how she had waited for him, longed for him, and loved him. But had she loved him? Had she?

“John,” she said finally, knowing that his name was the only thing that would get his attention, “why are you talking like this?”

He goggled at her like she had suddenly started speaking French, or like she was the dog and had just piped up and asked for the paper. “Talking… like … what “he spoke slowly and in staccato, “Like what Lindsey.”

“Like you are a pundit on an overzealous news program. It’s just us. “She was pleased with his facial expression, half anger, half confusion and he was trying to mask it with a smile, she thought of that look as his Asshole smile.

“I shouldn’t have to explain myself to you, Lindsey” he said, and she knew it was just so he could say something.

“Because you are my girlfriend,” he said hesitantly, his asshole smile hanging on his face.

“Then why do you feel the need top pontificate this way at me?” she said, she knew how it grated on him when she showed her vocabulary, “why are you being so supercilious?”

“Why are you being a bitch?” he said, and the corners of his smile began to curdle, “I don’t even know what that means.”

“I know you don’t, which is why you being it is ridiculous” she said, wearing her own version of the asshole smile now. She was getting angry, but she was also enjoying herself, and all at once, it broke, “you are a ridiculous little man, you are angry, and mean and there is no reason for it, John. There is no reason for the way you are. You could be … better”

His face was red and she knew that she was almost to the end of his tether, “You … what? “ He said in answer

“You didn’t used to be this way, John, you used to be something finer. You used to be a person. You have decided to let the world ruin you. And I think, I really do think, that you are happy this way. You want to spend your days yelling at the things that can’t yell back. Jumping on bandwagons and being this terrible little person with no good thoughts. If the world is wrong, all the time, it’s not your fault.”

He had regained the smile again, THE SMILE, and she knew he was going to get ugly soon, “what’s not my fault” he said, baiting her, he wanted her to say something that he could bite down on with that smile. “What exactly is my fault?”

“You” she said. She just looked at him and let the word stand for everything else.

He jerked his head at her and said “me?”

“What the hell does that mean?” he asked angrily

“It means, “and she sighed, she had to make a choice, a life changer, go on, or stop. She thought of his anger, his days of impotent rage and that he used to be happy. She thought of his change over the last year, the last five years. She thought of him in ten years, he would have ground himself to a fine angry point, stabbing at everything that he saw and stabbing into her. Or using her as his whetstone to sharpen his tongue on. Every day, her light would anger him, and he would do all that he could to put that light out. Would she have it in another ten years, or two? “It means, that I can’t watch you become this bitter angry man anymore.” She said finally,” you choose to be unhappy, every day and I don’t know how to help you. I also know that it isn’t me, or the world, politics or the economy. You are just unhappy. I believe you think it makes you seem interesting”

“That’s stupid “he said, but she saw in his face that she was right “That’s just stupid”

She stood up and began putting her things in a bag.

“What are you doing?” he asked, real emotion in his face for the first time.

“I’m leaving John. I should have done it before, but I was too afraid,”

“I don’t know, I just can’t lose you,” he said and she saw the truth of that too. Fear was in his face and he suddenly became the man she loved, that lost boy and he put her hand on his.

It’s just a few days until November, and you know what that means: National Novel Writing Month, better known ’round these parts as NaNoWriMo, is near.

Have you always wanted to write a novel?

We know some of you have been waiting all year for this month! For those of you who are new to this project, here’s the gist:

There’s a lot of buzz each November around NaNoWriMo — you may notice some of your favorite blogs dedicating themselves to churning out 50,000 words this month.

If 50,000 words seem like 49,000 too many or you’re more interested in blogging than writing a book, NaBloPoMo — National Blog Posting Month — might be your speed: a challenge to post once every day for the entire month of November. No theme, no word count, no rules; just you, your blog, and 30 new posts.

NaBloPoMo started in 2006 in response to NaNoWriMo; not every blogger has the time or inclination to write a book, but the idea of a challenge that forces participants to stretch themselves, grow as bloggers, and be part of a supportive community is undeniably appealing. As founder Eden Kennedy, the power blogger behind fussy.org, put it:

If there’s one thing creative people…

There’s a lot of buzz each November around NaNoWriMo — you may notice some of your favorite blogs dedicating themselves to churning out 50,000 words this month.

If 50,000 words seem like 49,000 too many or you’re more interested in blogging than writing a book, NaBloPoMo — National Blog Posting Month — might be your speed: a challenge to post once every day for the entire month of November. No theme, no word count, no rules; just you, your blog, and 30 new posts.

NaBloPoMo started in 2006 in response to NaNoWriMo; not every blogger has the time or inclination to write a book, but the idea of a challenge that forces participants to stretch themselves, grow as bloggers, and be part of a supportive community is undeniably appealing. As founder Eden Kennedy, the power blogger behind fussy.org, put it:

NaBloPoMo_November_smallAs Eden’s readers jumped on board, the event spawned an online community that swelled to the tens of thousands and was acquired by BlogHer, which committed to providing a space to nurture and grow the event year-round. Now, BlogHer hosts NaBloPoMo 12 months a year, with each month organized around a theme — except November. In keeping with the original NaBloPoMo, November remains a free-for-all month (and the month with the most robust participation).

You don’t need to register with BlogHer to participate — although there are great reasons to, like the readership increase that comes with being part of a large community or the prizes. (And anyone, male or female, is welcome.) Just publish a post on November 1st, keep on going until the 30th, and bask in the glow of a challenge conquered.

Still on the fence? Don’t take our word for how rewarding it is — take a participant’s:

NaBloPoMo has not been as trying or as dramatic as a marathon, but I feel marvelous about it. I proved I can set and accomplish goals. I proved I’m a writer, because you know what writers do? They write, you guys.

I pushed my chair away from the table minutes ago to answer a text, and the motion of leaving my half-written thoughts on the screen felt real. Official. Important. Writing is a thing I do.

Since there are no posting guidelines other than posting something, NaBloPoMo is a great time to write that post you’ve been mulling on for a few weeks, or to branch out to new post formats, topics, and mediums. Play! Experiment! Flex your blogging muscles. Elisa Camahort Page, one of the co-founders and COO of BlogHer, offers this advice:

Have the motivation, but not the inspiration?

Posting every single day, even when you get to decide what you post and when, is challenging; in some ways, it’s tougher to come up with an original idea each day than to respond to a theme.

Luckily, there are lots of resources to get you to the “Publish” button daily:

Prompts and challenges: The Daily Post offers a daily blog prompt for writers, photographers, artists, and poets, as well as weekly writing and photo challenges; BlogHer makes your life even easier by posting the month’s worth of prompts in advance. When you’re stuck for a topic, try a prompt. If the day’s doesn’t speak to you, look back at the archives to find one that does.

Inspirational resources and advice: We’ve gathered our favorite resources from WordPress.com, BlogHer, and around the web in a new Blog Event Survival Guide. Along with even more post ideas, you can hone your humor-writing chops, learn to create an editorial calendar to keep you on track, see how bloggers with kids find time to write, and lots more.

Each other. Never underestimate the support of fellow bloggers! Be sure to register with BlogHer by November 5th to be added to the official blogroll, and tag your posts with “NaBloPoMo” so other WordPress.com bloggers can find you in the Reader (we’ve also added a NaBloPoMo category to our Recommended Blogs). Encouragement and engagement are the best motivation, so be sure to check out one another’s blogs — and leave a comment when you do!