In 2014 , I will make everyday better, everyday stronger . I will push to the end of my book and write every single day.

My week is going to be dedicated to the flash fiction genre. I have been having some issues lately with my ability to write fiction. My story well is a bit rusty. I can write, I have words but the pump is not very well primed. I find the idea of stoking my fire with a fresh 300- 1000 word story exciting and unbelievably scary. The subject matter will be varied. 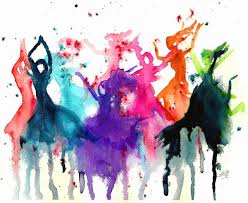 This is my attempt to gear my mind up for the task that of getting down the business of writing as a business.  I have not been doing much writing in the fiction realm for the last year or two, I have been more into wring prose and nonfiction, a lot of things like my writing here, observational semi-humor. I want to give rise and texture to the characters that are in my head. I have a few reasons for wanting to do them now. Not the least is my own age, as I get older everything seems to be slipping away. The other thing is that there are some people in this world that I want to read my work. People that I want to see it, to critique it, and hopefully love it.

I am also open to Suggestions, requests and ideas.

I am stubborn to the point of self-destruction at times. I am admitting that right out. I have tried very hard not to read a single book about writing because I do not (did not) want any part of my writing to be someone else’s words or thoughts. I think that a lot of writers may do this but this is ridiculous when you think about it. I think that if your doctor said to you, “I never cracked a book, I just kept cutting people until I figured out how to stop killing them” you would flee, possibly screaming, into the street and never look back.

I know that writing and medicine are not the same animal, but the same can be said of politics. Tina Fey, who I love like good food, said that politics and prostitution are the only professions where people try to convince you of how inexperienced they are as a virtue. I think that writers can sometimes be said to feel the same. I want, basically, to be talented and not taught. The problem is that the idea is idiotic, not to put too fine a point on it. I am not saying that you can’t be good if you never get instruction but the honest to god truth is that you can’t write unless you are taught something. How to read at the very least.

I love Stephen King. I want to admit that out right, as well. I think that he is one of the great writers and never-mind the bullshit that people say about anyone and anything that is popular. I think that the man is amazing, not because his writing is amazing but because it is not. Not always anyway. There are exceptions in his writing, Under the Dome is one. Misery is another and I think that the story “The Boogeyman” is almost perfect as a short (very short) horror story. I have it on audiobook and the combination of the writing and the reading by John Glover make it something I listen to like music, and like music I can recite it by heart.  I love the characters decent into madness as he tried to explain the truth that is impossible to accept and that you as a reader have to wonder if he is just a as the character himself states “ another goofy”. Perhaps, you wonder, he is a murderer and can’t admit it , like ( spoiler alert) another character in Strawberry Spring or if he is just trying to make sense of what makes no sense; all three of his children dying before they are three. I love this story and think that it is wonderful.

So you would think that knowing that one of my favorite writers was writing a book about writing (oh my god this sentence is going to sound crazy) about writing called “On Writing” would have sent me into mad gales of happiness. I would have been standing on the corner at 8:59 am waiting for the Barnes and Nobel to open and allow me to plunk my money down to find out how he does it.  You would, as I am sure you have gleaned already, have been very wrong. I saw that book as something terrible almost, like a magician telling his secrets and not just his but everyone’s. I did not crack that book, not once and I was high-minded about it. As you know when you have decided that you are doing something because it is the “right and proper thing” you are always right, right? Yes, and that is how people become terrorists. They decide that they are perfectly legitimate in their thoughts and words to the contrary are just jealousy, lunacy or some other y.

When I knew that the creepy and amazing Chloe Grace Moretz was set to play Carrie White  and the sequel to “ The Shining”  was coming out ( all near Halloween , also) I decided to read or reread some of my favorite King novels and among the books that I found was  On Writing at my local half off book store. I bought it because it was practically free. I am a sucker for a deal. Then I laid it aside and read my other books again. It wasn’t until I was reading someone else’s book, one about goal setting, and it was mentioned that I decided that it was time to at least try the e book.

I have to say that, while I am not done with this book, almost but not quite, I could kick myself for waiting as long as I did to read it. It is not the best book on writing, I can see that, but it is genuine and genuinely written. I think the things that make this book an actual good novel as well as a decent instructional manual is that it doesn’t think that it really is either animal. It is a memoir, it says that on the cover, and it is that. It is also a bit of a novel , telling a story inside it that is one that I had personally seen without having heard it outright until now; that there is a very damaged man that wrote many of my favorite books. One that has Daddy issues, was a drunk and a drug addict, has been broke and broken several times in life and that has never gotten completely over the abandonment of his father or the death of his mother entirely.

I say that not to tax Mr. King with anything just to say that most of that is true for most people and the idea that we have to be perfect to be great is not only foolish but dangerous. I myself have been fond of saying about my sexual self that I know where all my desires come from and I have decided that I don’t care and just enjoy the orgasms. If we are waiting for perfection to do our great work we will be waiting a very long time.  I know of a woman doctor who had her children while in medical school, on purpose, and when asked why she would do such a thing when she knew how hard it would be see said simply “when would it have not been hard? When I was an intern? A new doctor? I knew I wanted kids and that I wanted to be a doctor, and that if I waited for the perfect time to do either I would do neither”. That sums it up for me.

So I am reading On Writing and while I am not gaining any burning insights so to speak I am being reminded of those things that I needed to be reminded of, and well. That writing is for writing. Not for money or fame. You write because it is what you are meant to do. That you will not always write the best but you can try to write something that you would want to read. Have a goal in mind. Even if the goal is modest, having it will help you to accomplish. I myself have allowed Steve’s own to suggestion to be mine for the start. 1000 words a day. Which is satisfied today with what you are reading. Not long and not perfect but I hope honest and entertaining.